Shopping Cart
Your Cart is Empty
Quantity:
Subtotal
Taxes
Shipping
Total
There was an error with PayPalClick here to try again

Thank you for your business!You should be receiving an order confirmation from Paypal shortly.Exit Shopping Cart

Wow! This one is a looker! Third foal in a row for this cross, his two older siblings now reside in Alaska and California (HMM BTU Dun In Diamonds & HMM BTU Dare To Compare).

"Latigo" is ultra refined, with lots of leg and what a neck! Definite show prospect here. Latigo is a darker buckskin right now, but I expect he will turn more golden once he loses his foal coat as most of my other dark buckskin foals have done. He does carry one cream gene, and could be homozygous for black and/or agouti as well.

This colt has so much presence, and loves attention. He should mature 32-32.5" and will be weaned August 26th. Pictured below at just one week old and at 2 weeks old. 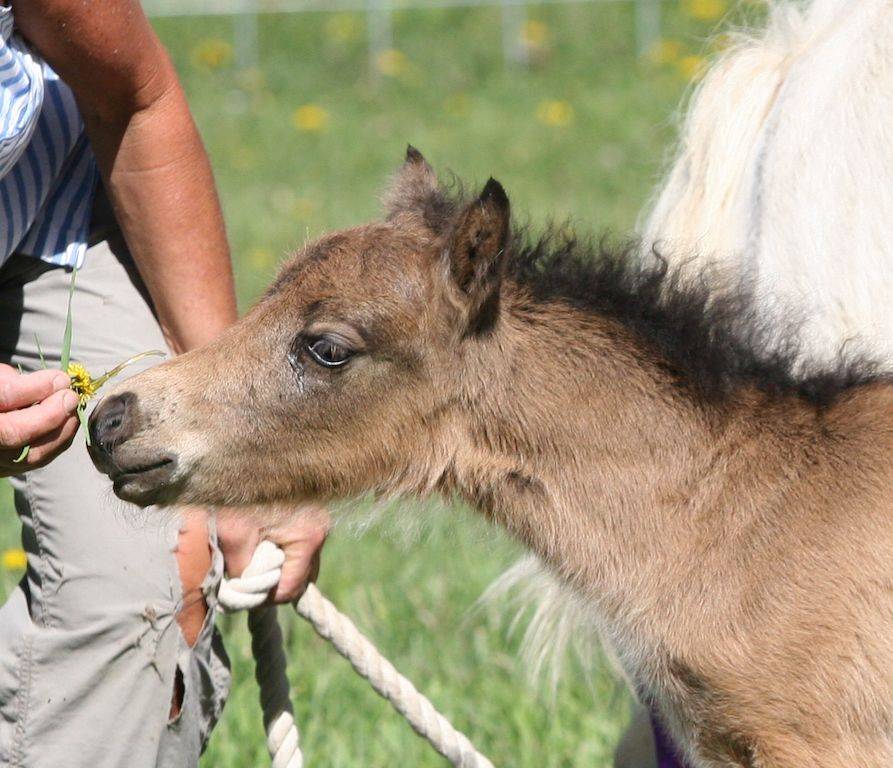 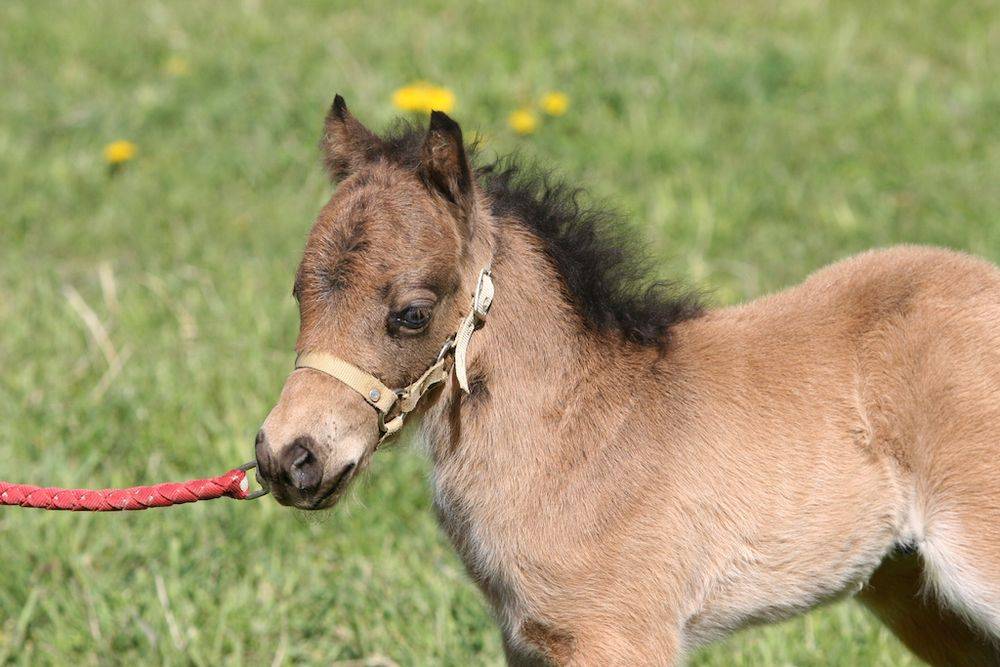 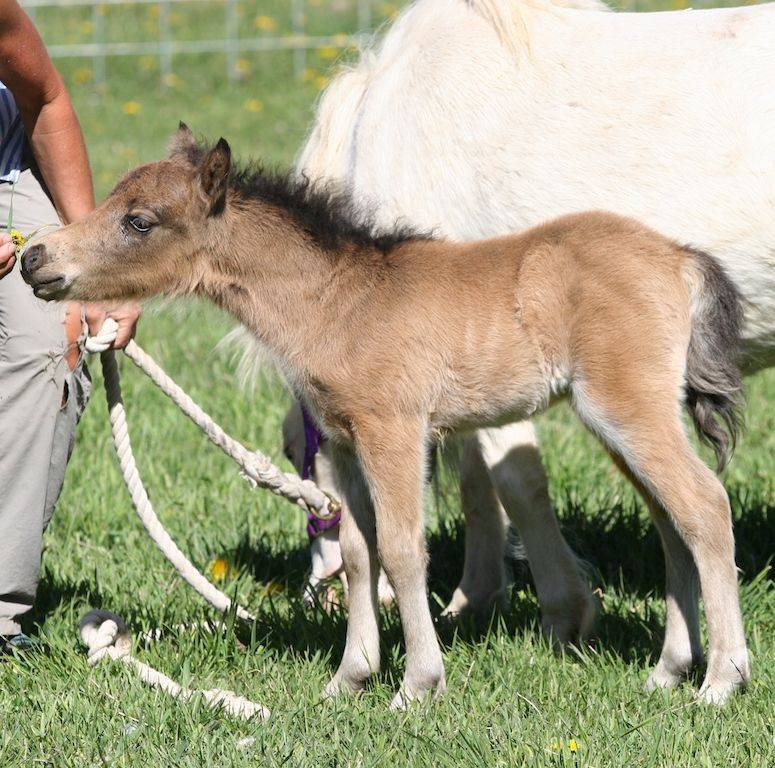 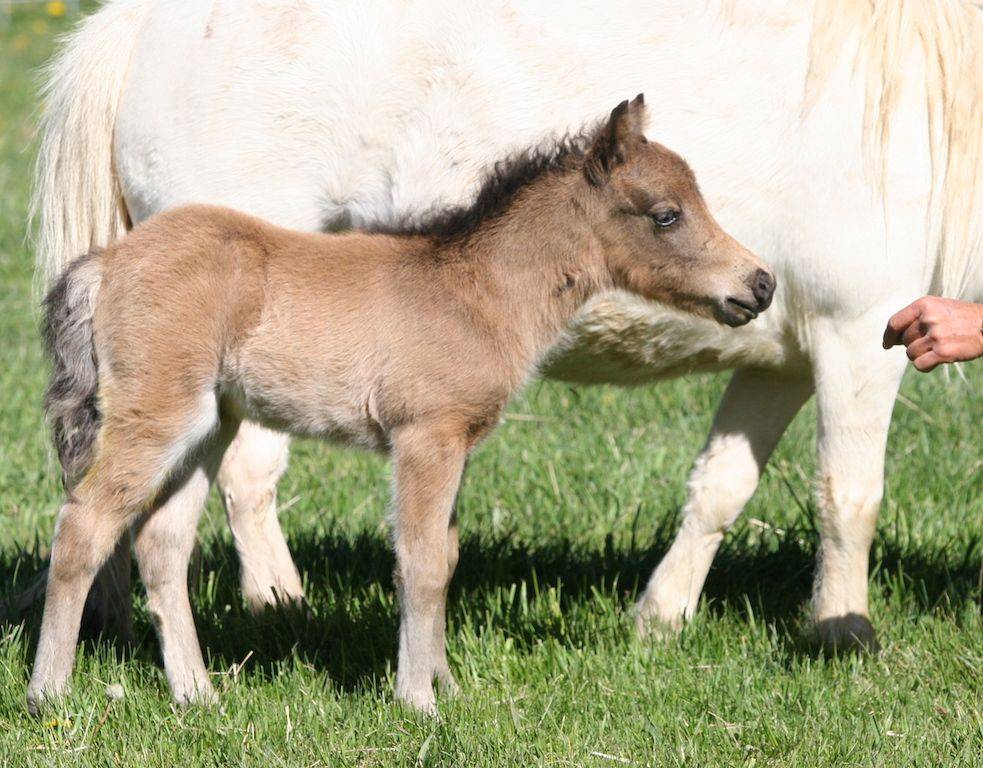 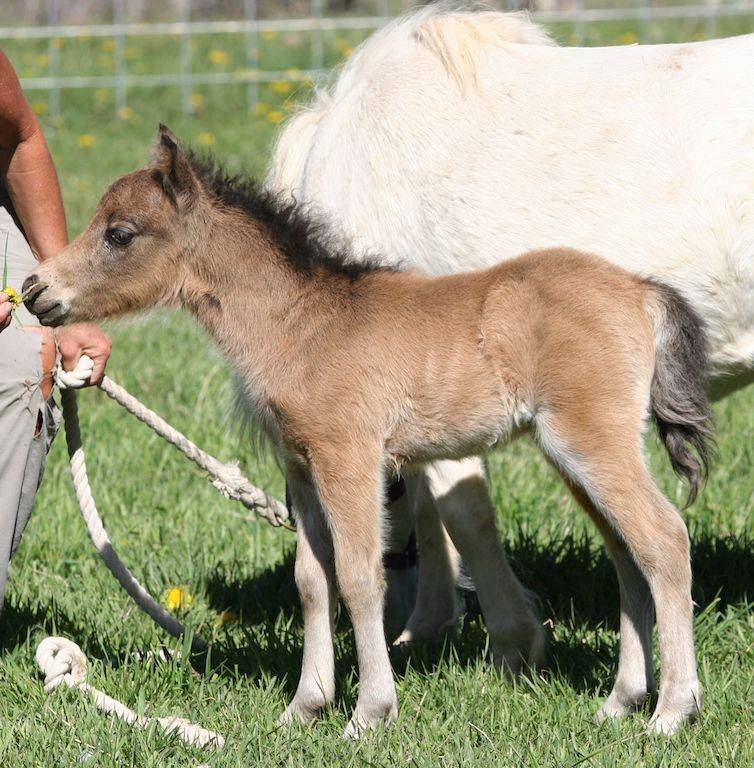 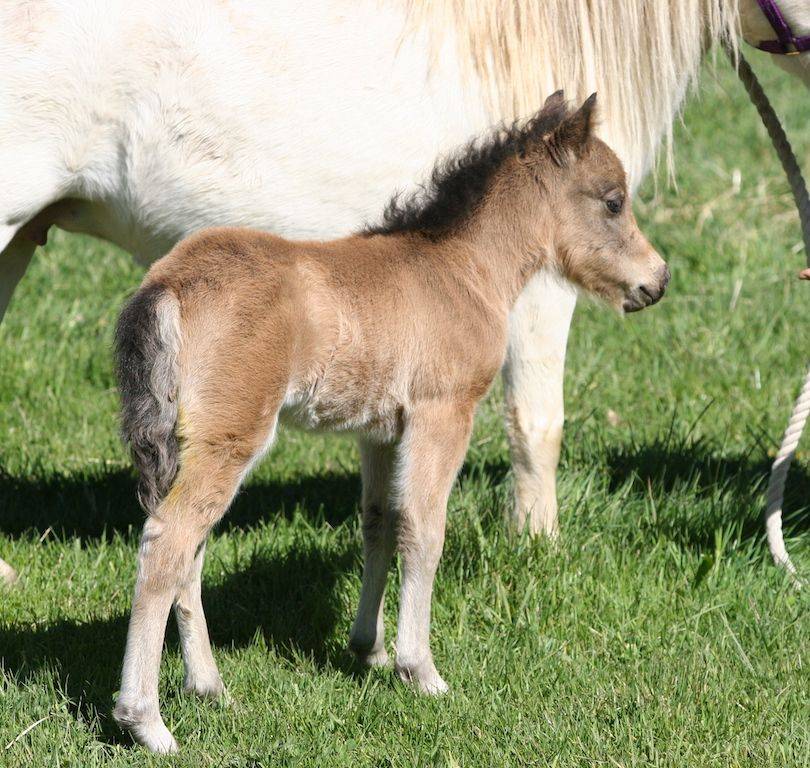 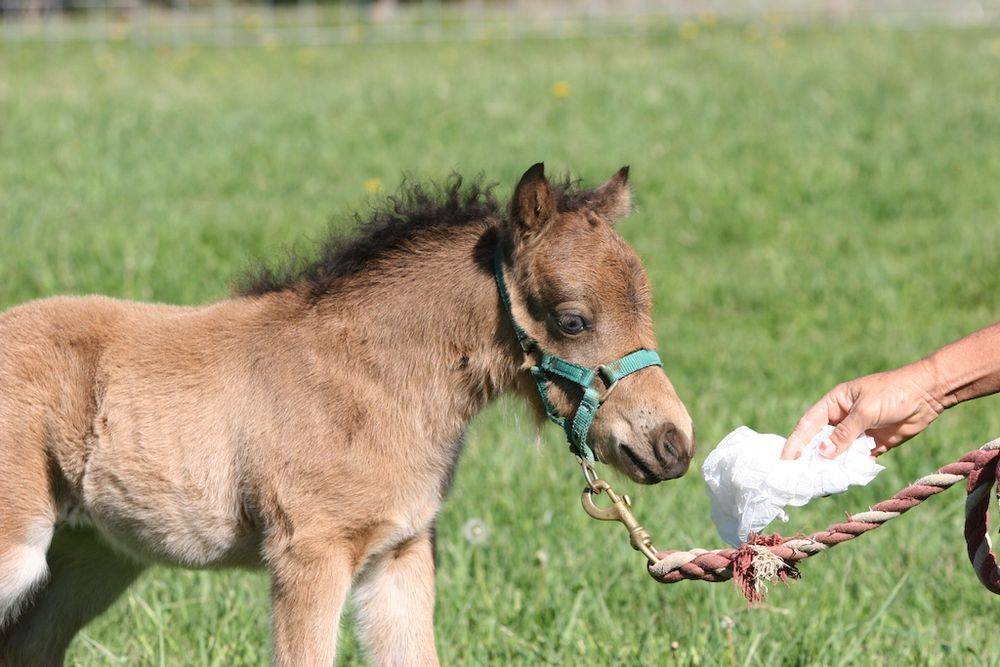 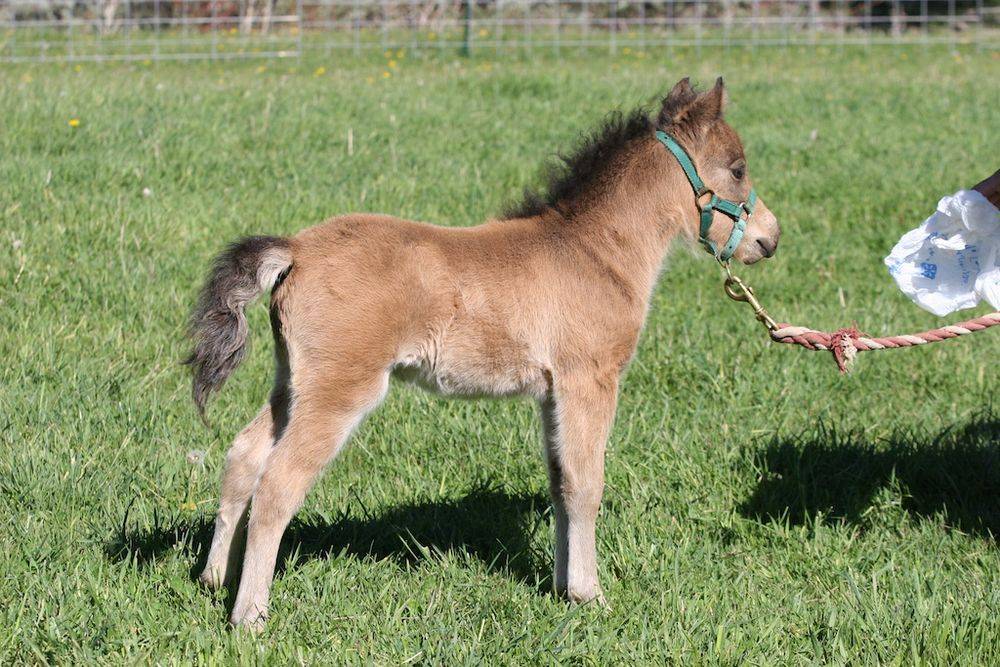 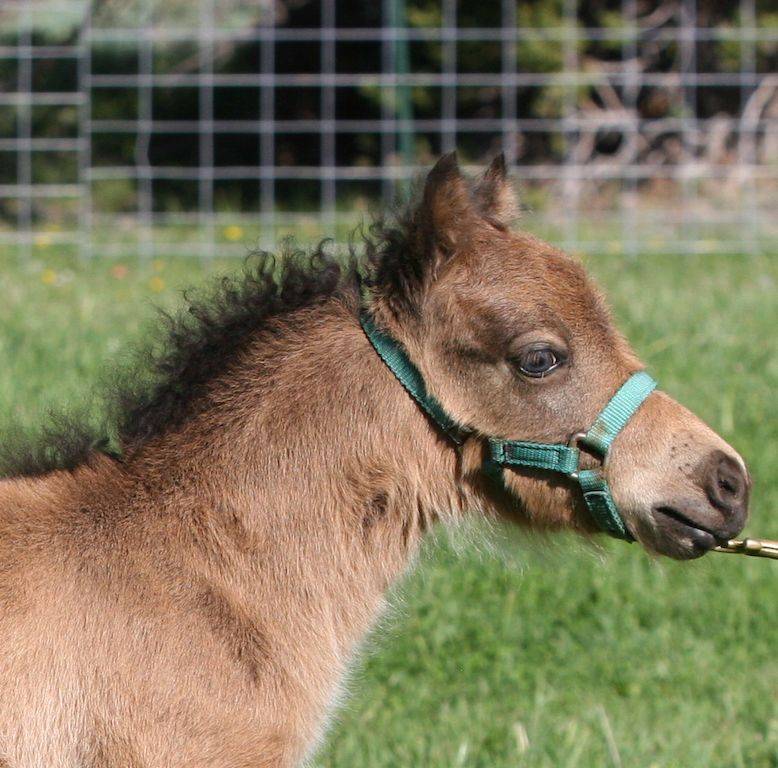 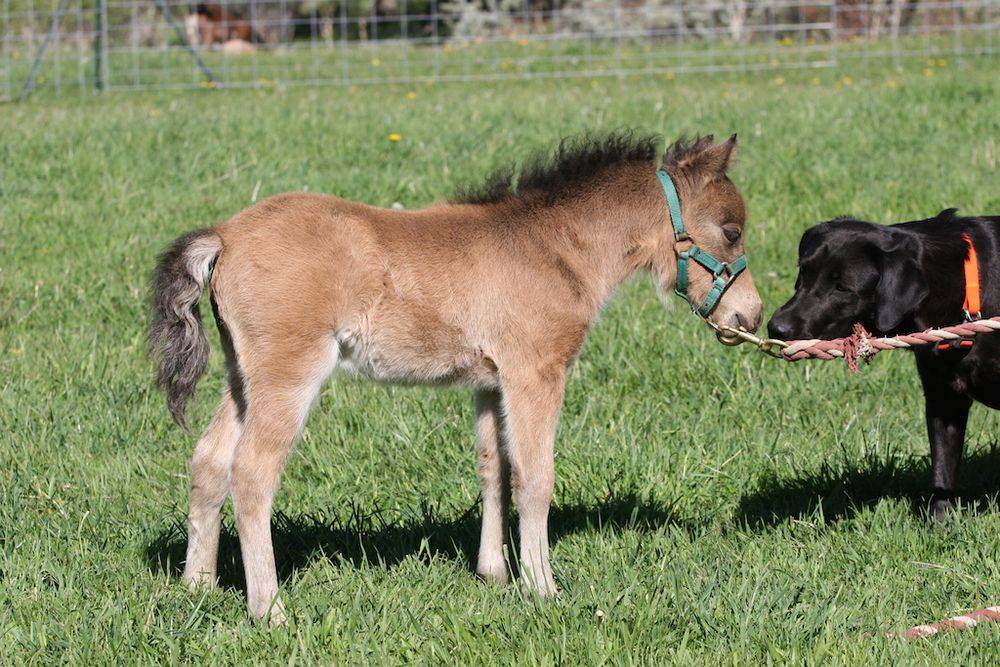 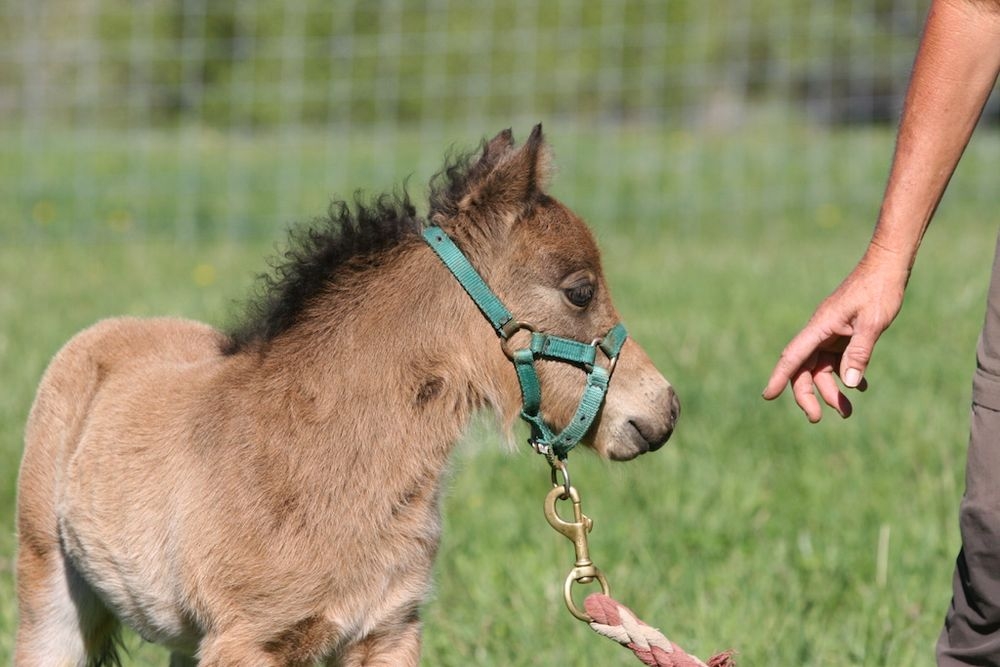 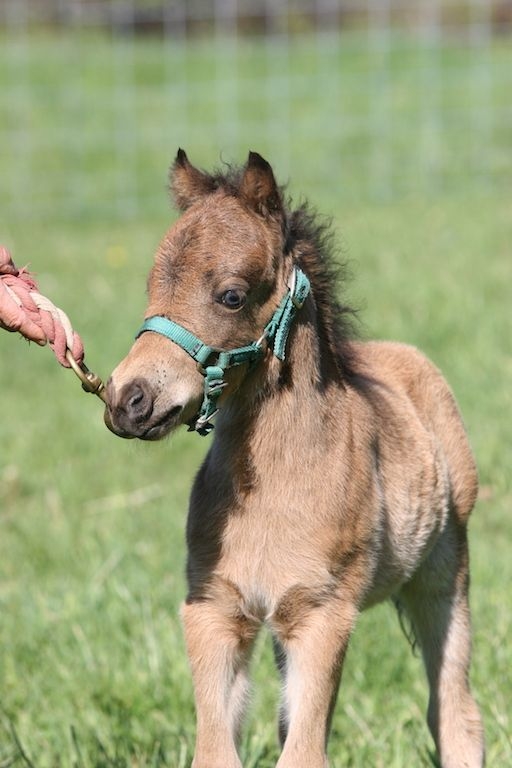 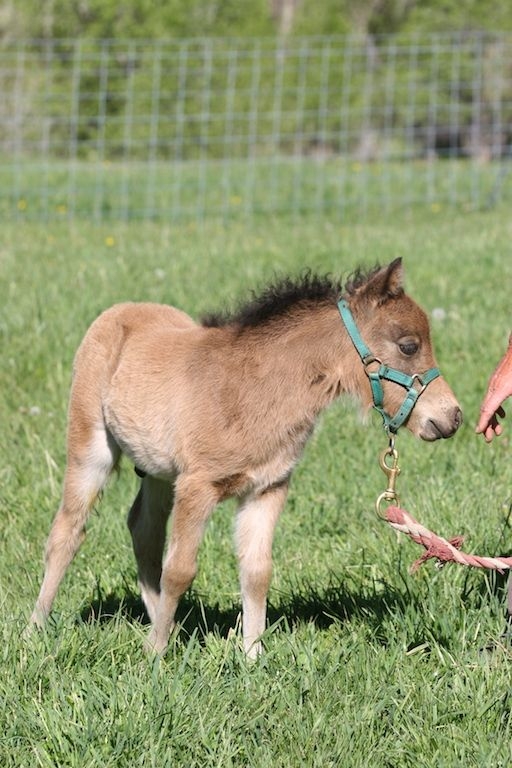 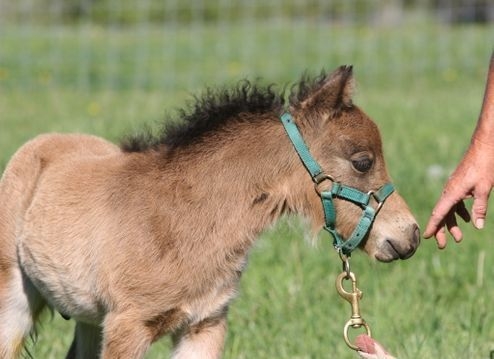