Shopping Cart
Your Cart is Empty
Quantity:
Subtotal
Taxes
Shipping
Total
There was an error with PayPalClick here to try again

Thank you for your business!You should be receiving an order confirmation from Paypal shortly.Exit Shopping Cart

Fiesta is always a favorite of everyone's, and she loves everyone. She is extremely flashy, with two blue eyes and thick eyeliner. We have owned Fiesta since late 2015, and she sadly has lost both of her foals to date. The first birth, we were not there for and he was gone when we found him. The second, we were there the entire time and it was a bad, breech dystocia. Our vet assumes that her first foal was also a breech birth, due to the similarities. Fiesta has been completely fine both times, thank goodness, but our vet recommends that she not be used as a broodmare after losing two foals in such similar situations. In addition to her pattern of having breech foals, our vet thinks that she lacks a necessary hormone that makes her have normal contractions. In her most recent birth, her labor essentially stopped halfway through the delivery. Even if her foal had not been breech, the foal would have been lost due to her contractions stopping. We feel that Fiesta would be much happier being a pet for some lucky family, so we are offering her at a pet price to a non-breeding home only. She is an absolute sweetheart, definitely a pocket pet. Easy to catch, tie, trim, deworm, trailer and she gets along well with all the other horses. She is AMHA & AMHR registered. If you're looking for a small, flashy, and very charismatic new best friend, Fiesta could be the one. 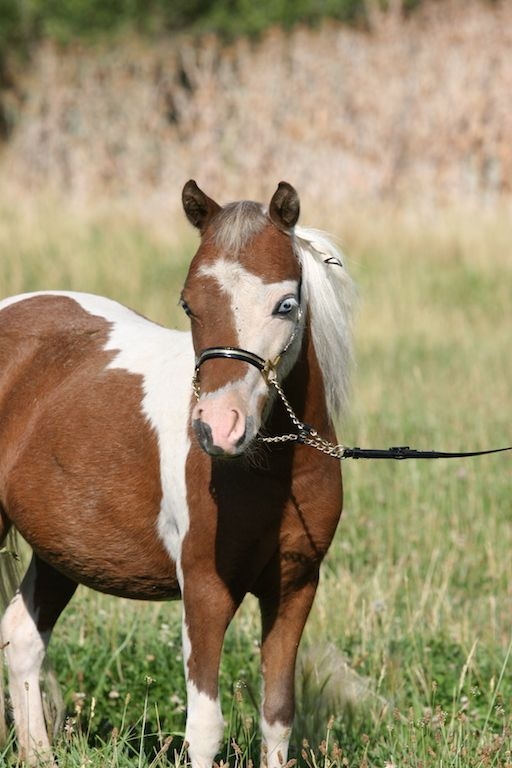 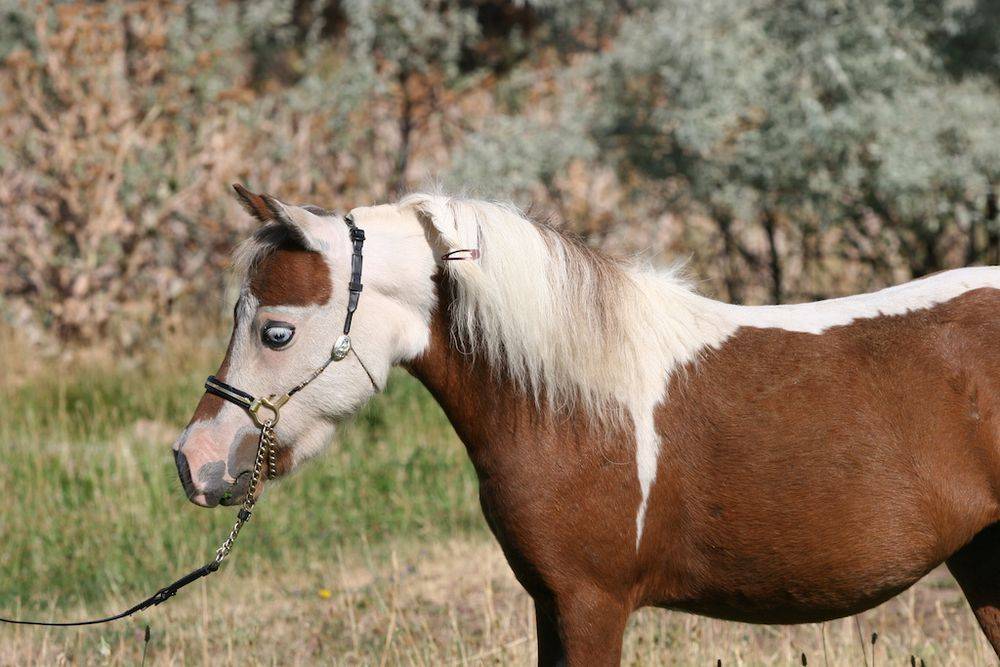 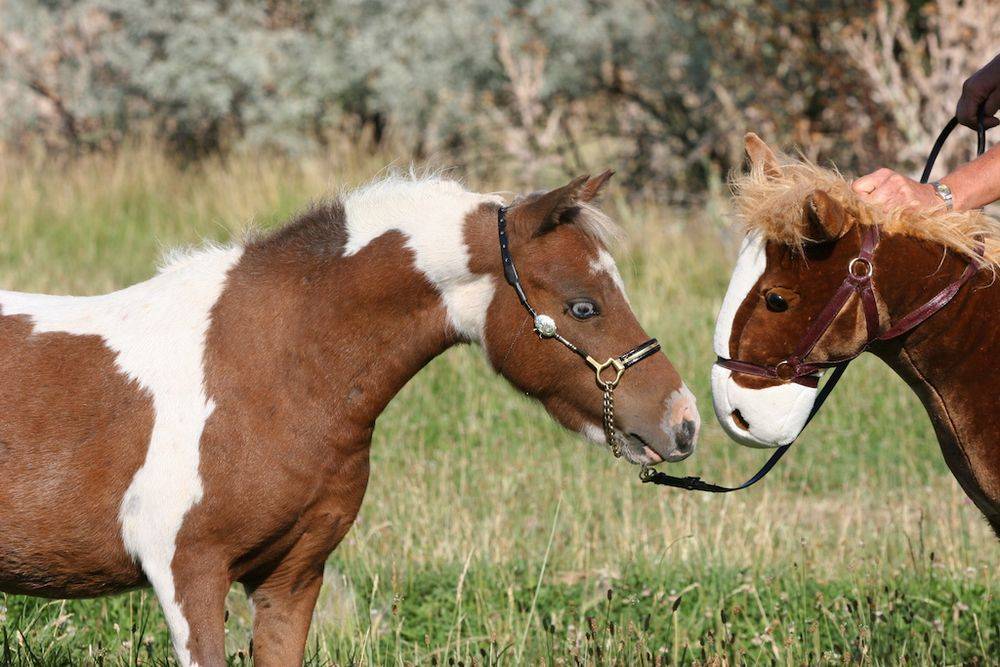 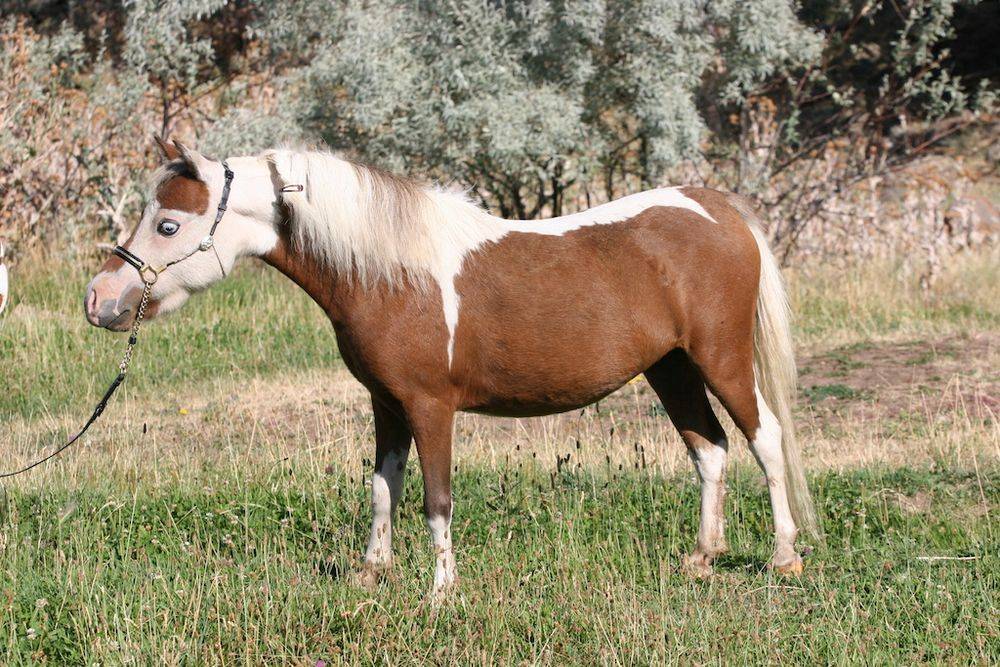 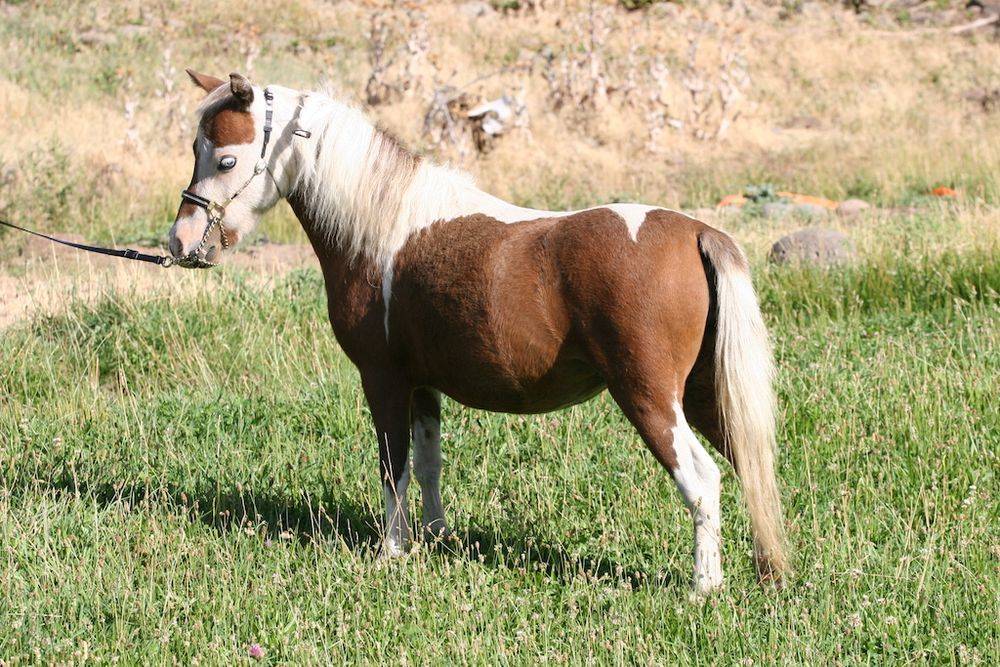